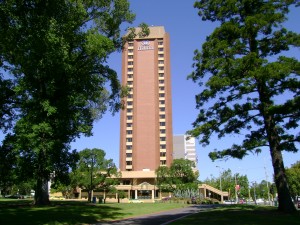 The Hilton on the Park in Melbourne, Australia.

When it comes to elite status downgrades, the landing can be either hard or soft, and each company in the travel industry has its own rules. Hilton’s harsh and inflexible policy has just made it easier for me to defect — a move I’ve been contemplating for more than a year.

I have previously written columns critical of Hilton HHonors, the hotel chain’s loyalty program. I haven’t enjoyed it, because I like the person in charge of the program — Jeff Diskin, senior vice president for global customer marketing at Hilton Worldwide. However, Hilton HHonors has lost much of its competitiveness in recent years.

I’ve been a Diamond member of the program consistently since 2003, and the Hilton chain was my first choice when booking hotel rooms for years. If it had no properties in the place I was going to — or they were too expensive — my second choice was Starwood, the program that includes Sheraton, Westin and St. Regis, among other brands.

I have two main criteria when I assess hotel loyalty schemes. The first is the meaningfulness of the benefits that come with elite status. The second is the number of points accrued on paid hotel stays and the points needed for an award stay. On both fronts, Hilton HHonors has fallen behind its competitors. Top elite benefits are not as good as those at Starwoord or Hyatt, for example, and award rates have been significantly inflated — more so when compared to other programs’ points devaluation.

My travel slowed down in 2010 — I flew just over 100,000 miles instead of the 200,000 the previous year — and I knew I wouldn’t accrue the 28 stays required to maintain my Diamond status. Many companies, including Starwood and the airline British Midland (BMI), offer elite members who haven’t met the requirements for re-qualification a soft landing — they downgrade you to the next lower elite tier, not the bottom one, regardless of how many points or miles you’ve accumulated in the last year.

I had only two stays with Starwood in 2010, and I needed 10 to qualify for Gold status. However, as a Platinum member last year who lost the status for 2011, I was given Gold status anyway. The same thing happened with my BMI membership — I went from Gold to Silver, even though I didn’t credit a single mile to my BMI account in 2010.

Ironically, I almost had the number of stays needed for Gold Hilton status but was still downgraded from Diamond to Silver last week. I could have had Silver after only four stays, instead of the 14 I made. I knew about Hilton’s hard-landing policy but thought that getting closer to the required 16 stays might help. On a trip to Las Vegas in December, my non-Hilton hotel was included in a prepaid package. Still, I decided to book a room at the Hilton and pay extra — that was my 14th stay.

However, Hilton HHonors showed no appreciation whatsoever. So I got Starwood Gold after two stays, but 14 stays weren’t enough for Hilton. I realize there are official policies, but that’s not the point. There are many ways to reward customer loyalty, especially after seven years of qualifying for Diamond status — not with credit card spending, but with actual hotel stays.

Hilton Worldwide has some great properties. The Conrad hotels are among my favorites, particularly those in Asia. I’ve been delaying the inevitable, but Hilton HHonors just made it easier to say goodbye. The program no doubt still works for many travelers, but it doesn’t work for me — and that’s what matters.

Hilton or Starwood? Not even a close call