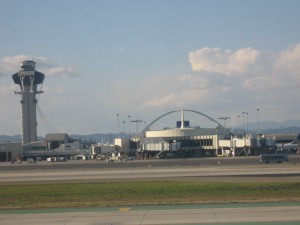 I did book a ticket and saved about $50, but I must admit I didn’t expect the airlines to raise fares so quickly and deprive customers of any savings.

So what exactly happened? Shortly after midnight Eastern time (ET) on Friday, when the FAA lost its prerogative to collect taxes, airline reservation systems began dropping those taxes from ticket prices. I issued a $164 one-segment ticket on Friday — on Saturday, that same ticket was being offered for $150, with everything else the same, including the fare bases. I bought the ticket on Friday, because I wasn’t sure that taxes wouldn’t be charged the next day.

When I found out that they were indeed excluded, I decided to book another ticket — this one with seven segments, hence the $50 savings.

If you’ve read my book, “Decoding Air Travel,” you know that domestic fares are filed three times a day on weekdays, and once a day on weekends. That weekend feed at 5 p.m. ET was the first chance the airlines had to change fares — and they did, except for Alaska Airlines and Spirit Airlines. They seem to have refiled most fares to include the amounts they previously charged as taxes.

In other words, for 17 hours on Saturday, consumers were the beneficiaries of tax-free tickets. After that, the airlines hijacked the opportunity created by the FAA situation and have been making lots of money since. I’m actually rather impressed by the speed and scope by which they did it.

I should note that some smaller government taxes, such as those collected by the Transportation Security Administration (TSA), are still being charged.

Is it fair for the airlines to exploit a government fiasco for their financial benefit? At this point, it doesn’t appear that anyone can stop them.