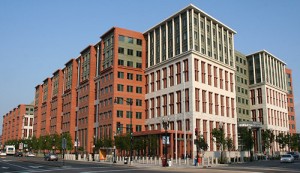 The U.S. Department of Transportation in Washington, DC.

The media was full of stories last week about the Department of Transportation’s (DOT) requirement that advertised airfares include all taxes and fees, which goes into effect Jan. 26. But most stories missed the detail that promoting each-way fares “based on a required round-trip purchase” will still be allowed.

This means that a $220 fare you see advertised may not be the actual final price, after all — despite DOT’s much trumpeted pursuit of transparency and consumer protection. In its ruling last April that finalized the new requirements, it only demanded that the fine print be more prominent.

“The department is codifying existing enforcement policy, allowing sellers of air transportation to advertise an each-way price that is contingent on a round-trip ticket purchase, so long as the round-trip purchase requirement is clearly and conspicuously disclosed in a location that is prominent and proximate to the advertised fare,” the final ruling said.

I suppose it’s easy enough to double $220 and quickly arrive at the $440 round-trip price, if there is a notation next to the fare that a round trip is mandatory. But at the same time, isn’t it even easier to just put $440 instead of half that amount plus the fine print?

DOT said that its ruling “allows sellers of air transportation to be flexible in the way they advertise round-trip fares while still requiring all pertinent disclosures to consumers.”

Who are we kidding? The only reason airlines use this marketing ploy is to mislead and manipulate customers. They can easily prove me wrong by ending the practice.

“While the department understands that some consumers would prefer the full round-trip price to be displayed, the department has not found that the current regime has led to consumer confusion or deception, and it does permit certain types of advertising that are beneficial,” DOT said.

I’ve written about this issue several times, and it’s hard for me to see anything “beneficial” in false each-way fare advertising — for consumers, that is. I have no trouble seeing how this practice benefits airlines. As I’ve pointed out before, many airlines do advertise actual round-trip fares.

There is nothing wrong, of course, with promoting one-way fares that can indeed be purchased as such, without the round-trip requirement.

DOT has taken important steps to address false fare advertising — including fines on carriers that break the rules — but there is much more to be desired if it’s really serious about protecting consumers.

On a somewhat different note, the new rules also increase the denied-boarding compensation airlines are required to offer passengers who are left behind because their flight was oversold. Carriers usually try to entice volunteers with travel vouchers, but if that fails, they must give the affected customers cash or a check.

Airlines are exempt from these rules if the denied boarding is due to substituting the scheduled aircraft with a smaller plane, or if the plane has fewer than 30 seats. The rules don’t apply to international flights inbound to the United States, though the European Commission has even stricter rules for flights originating in the European Union.