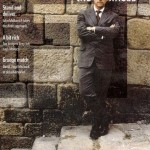 John Malkovich fails all attempts to describe him, even though he is not necessarily an enigma. The moment you utter a word supposed to illustrate a certain part of his character, you realise that another one, with quite a different meaning, would suit him much better. The most common adjective people use to express their opinions of him — both complimentary and dismissive — is “weird”, but, with a little imagination, most of what he says and does makes sense.

In fact, imagination and creativity are key to understanding an actor who has starred in nearly 40 films over only 18 years, including “Empire of the Sun”, “The Glass Menagerie”, “Of Mice and Men” and “Being John Malkovich”, and just directed his first, “The Dancer Upstairs”, yet still claims to have “no knowledge of what a real movie is”… 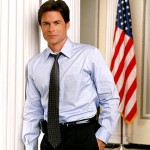 Rob Lowe’s comeback story is of a peculiar kind. For his audience, seeing one of 1980s-Hollywood’s highest-profile heartthrobs in a serious, political role, in an award-winning TV drama series about life behind the scenes at the White House, has provoked a reaction just short of shock. But for the 37-year-old actor and ex-Brat Pack member, whose career had slipped over the past decade, playing deputy communications director Sam Seaborn in “The West Wing” is a logical turn that shows “everything I can bring to a part”.

“It taps more into my abilities as an actor than any other part I’ve done,” says Lowe, whose looks typecast him as the invariable romantic youth from the start of his career. “This is a role on which my physicality has no bearing whatsoever. Sam could have been played by anyone. The hallmarks of this character aren’t physical but verbal and cerebral”… 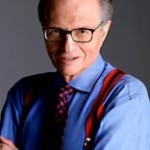 It took Larry King 66 years, seven marriages and five children to discover the greatest “thrill” in life: parenthood. Sitting in the children’s room of his Mediterranean-style mansion in Beverly Hills, with five-week-old Cannon in his arms and 15-month-old Chance playing on the floor beside him, King says that he pinches himself every day — “I can’t believe everything that’s happened to me”.

Having interviewed nearly 10,000 people, among them six US presidents, being recognised around the world by the millions watching “Larry King Live” on CNN every day, and paid “handsomely for something I’d do for free” — it all pales beside the joy of new fatherhood.

“Before, I was so goal-oriented that the (professional) goals were ahead of everything. I loved my children and tried to be a good father, but work always came first. Ten years ago, if you had asked me whether I’d rather have a little baby or moderate a presidential debate, I’d have chosen the debate. Now the babies and the family come first”…

Must be talking to an Anjel 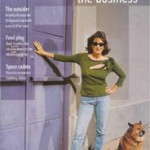 Anjelica Huston has already come to terms with the fact that her first half-century will soon be behind her, but the prospect of joining the ranks of Hollywood’s much-pitied unemployed middle-aged actresses has yet to make her list of immediate concerns. With three films scheduled for release this year, another one having just started production and a script she’s writing to direct, Huston is now busier than she was in her early thirties.

She claims that one can “always find jobs” in show business, or “create jobs if one can’t find them”, although she says that her turning to writing and directing “certainly wasn’t as a result of not getting any work”.

“Most young actors aren’t being offered parts, either, so what’s the point of harping on a negative when you can create something?” she demands. “Go to a class, learn to dance, do something with your life but don’t sit complaining about what you haven’t got. I don’t have $100m — it’s too bad. But I can go and figure something that will get me my next $10m”… 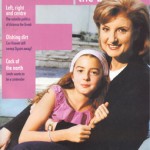 Arianna Huffington says that she’s had a “political conversion” — not from right to left, but “beyond right and left”. Disillusioned with the “degradation” of US politics, the outspoken Greek-born author and columnist has broken with her conservative past and, apparently, opened up to the sufferings of the poor and underprivileged. She denies she’s become a liberal, but believes that the political system can be changed “through a movement throughout the country, along the lines of the civil rights movement”.

She is also frustrated with the money flooding into US politics; ironic, some say, since her former husband, then-congressman Michael Huffington of California, spent nearly $30m on his unsuccessful senate run in 1994. But that campaign was an “eye-opener”, says Arianna, who is now a staunch supporter of Arizona Senator John McCain’s campaign finance reform efforts… 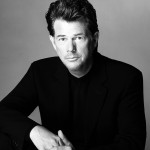 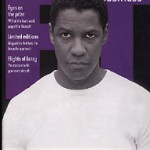 Denzel Washington can easily make you believe that you know him. He skilfully uses the familiarity audiences feel with a screen star they have watched for years, and adds to it the casual manner of your neighbour or basketball team-mate.

Truth be told, once he could indeed have lived next-door — back in his youth when alcohol seemed the best medicine for confusion and despair. But now he is one of the most respected and bankable actors of his generation, who has proved that being black in Hollywood is not a casting risk and whose skin colour has become completely irrelevant in his work.

The 47-year-old actor says he will always cherish the roles of black men he has played, such as a runaway slave in the civil war epic “Glory” (1989), a South African activist in “Cry Freedom” (1987) and a controversial Muslim leader in “Malcolm X” (1992)… 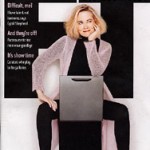 Cybill Shepherd knows life like few other people do. From early stardom in Hollywood to neglect and rejection, to marriage, divorce and single parenthood, her story is one of intense emotions and great controversies. The mere mention of her name leaves no person neutral and no reaction mellow. She has been called “goddess” and “clown”, “loving” and “arrogant”, “vibrant” and “insane”. For years she viewed such extreme attitudes as part of the “bargain” she had “made with the devil”: “If I can only become rich and famous for doing what I love to do, I’ll accept the trade-off”.

Not any longer. “There is a myth that is completely untrue about me being difficult to work with,” she says passionately. “I don’t make unilateral decisions and I don’t have breakdowns; I’m wonderful, tremendously disciplined, loving and generous. I was blessed with beauty and talent, but I work really hard, like every job is the last I’ll ever have”… 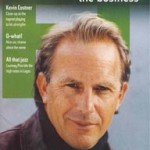 Kevin Costner has never given up on his search for the people who he reckons are the most “difficult to find”: the ones “who think outside the box”. He looked for them — futilely yet persistently — when he first called himself an actor and hoped that someone would hire an ambitious college graduate without a single acting credit on his CV.

He broke just about every Hollywood rule when he produced, directed and starred in “Dances with Wolves”, the more than three hour-long western epic he had been repeatedly warned against, and it won him an Academy Award for best director, the respect of the film-making community and tens of millions of dollars.

He then defied all modern trends in his business, choosing non-commercial — and often unattractive by many standards — roles, some of which provoked harsh criticism and doubts about his talent. He has invested more than $20m in businesses that haven’t made him a dime, and has been trying for years to build a luxurious resort in the Black Hills of South Dakota, against the will of the Sioux Indians… 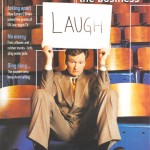 Conan O’Brien has no regrets that the longest election in US history is over. True, Campaign 2000 and the 36 agonising days that followed were a gift from heaven for late-night TV hosts. They were courted by both Al Gore and George W. Bush, who made “nice-guy” appearances aimed at winning young voters (keener viewers of late comedy shows than the prime-time evening news). At the same time they had a ball firing jokes at the candidates.

But now, with a new president in office, “it gets even better”, says O’Brien, beaming at the thought of the mocking monologues probably being born in the writing room of his show, “Late Night with Conan O’Brien”, as we speak.

“Presidents get funnier all the time,” he says. “Nixon was a lot of fun for comedians — a good target. But Clinton may be the funniest. The bonus when you are finally president is that you don’t have to come on these dreadful shows any more”…